Women’s Army Corps (WAC) Corporal Margaret Hastings (1914-1978) was stationed at a remote base in Hollandia, New Guinea where she worked as a secretary during World War II. On May 13, 1945, she joined 23 others for a sightseeing trip over a village rumored to be occupied by headhunters. The C-47 airplane crashed into the side of a mountain, killing 21 of its 24 passengers. Corporal Hastings survived in the jungle for 47 days before she was safely rescued on June 28, 1945. Her story was reported around the world and she was dubbed the “Shangri-La WAC”. She returned to a hero’s welcome in her hometown of Owego. She went on to give over 200 speeches on a Victory Bond tour. In 2011, a non-fiction book called Lost in Shangri-La was published by author Mitchell Zuckoff, retelling the story of Corporal Hastings and others involved. 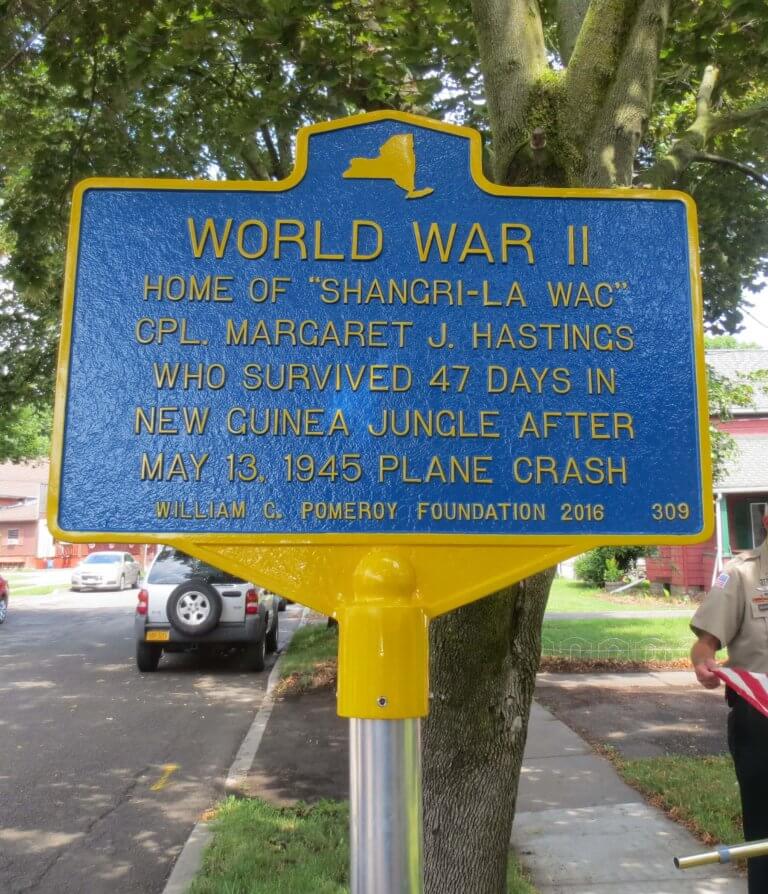 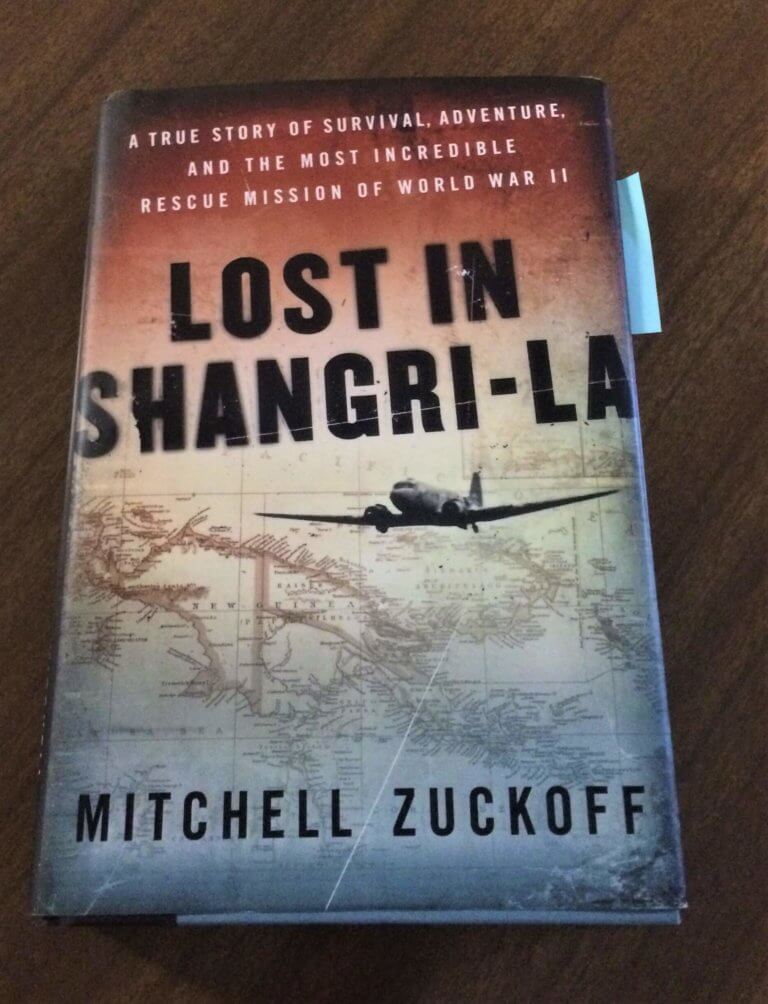