During World War II, the East Park Observation Post was located on the east side of Violet Avenue. It was part of the Aircraft Warning Service, a civilian group associated with the Army. The post had a 24-hour watch from 1942-1943. The civilian spotters observed planes flying over the community and kept watch for enemy aircraft.

Town of Hyde Park history files explain that the East Park Observation Post represented a significant effort by the Hyde Park community to protect the home front during World War II. The Aircraft Warning Service, a civilian arm of the U.S. Army Ground Observer Corps was formed in May 1941 to observe and report suspicious activity in American airspace. Their mission was to deter or intercept enemy aircraft. Shacks and small buildings were put up throughout the country to shelter volunteer observers as they scoured the open skies, day and night.

While other cities on the east coast were targeted, Hyde Park was thought to especially vulnerable to Nazi bombers on account of the fact that it was the lifelong home of war-time president Franklin D. Roosevelt. According to the local Chief Observer William Horn, planning for the East Park Observation Post began in July 1941 with spotters watching the sky “every single minute” since the attack on Pearl Harbor, December 7, 1941.

In a collection of news clippings, dated January 5-11, 1943, complied by Helen Myers, feature writer for the Poughkeepsie New Yorker, we learn that the East Park Observation Post of the Aircraft Warning Service was dedicated Friday, November 27, 1942. The location of the new post which “replace[d] the original building, given by William Jones, that stops on the ‘V’ of land just north of the corner” was described as “on the east side of Violet Avenue a short distance south of the East Park corner on land loaned by William Oliver.” Interestingly, the source also reported that President Roosevelt was present at the dedication that day, noting “just how carefully the President [was] guarded in war time, even in Hyde Park.”

In early 1943, the East Park Post observers attended “recognition school” over a period of 10 weeks to be able to identify more than 50 aircraft—including those plans of student pilots from nearby Stewart Airfield (Newburgh) who had flown off course. Although Mr. Horn expected 150 volunteers at the outset, according to the Town of Hyde Park, only 90 had trained by October 5, 1943 when the Observation Park and its counterparts nationwide were downgraded to alert status in answer to an official order of the War Department. Staffing was only necessary one afternoon per week from thereon out. All stations were shut down completely in June 1944.

Another connection to the Post that Myers covered during this period was the Pearl Harbor Anniversary. “Mr. Horn observed [the anniversary] by releasing figures about the East Park Observation post, which has been serving on a 24-hour basis since the Pearl Harbor attack” the Poughkeepsie New Yorker reported. Myers later recorded, in March 1944, that William Horn was awarded a 1,000-hour bar for his service: “With those he already held, this, meant that Mr. Horn was officially credited with 4,000 hours of post duty.” By comparison, Assistant Observers Walter Cripell and Pierson S. Phelps each received a 500-hour bar, “Mr. Crispell’s to be added to a 3,000-hour bar, Mr. Phelps’ to a 1,000-hour bar,” thus, we can gather that 4,000 was a lot of hours, indeed! 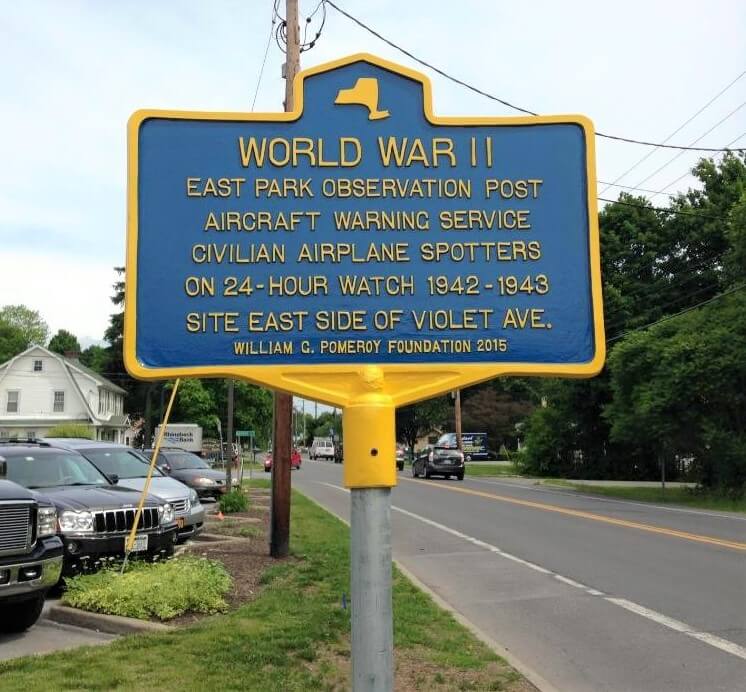 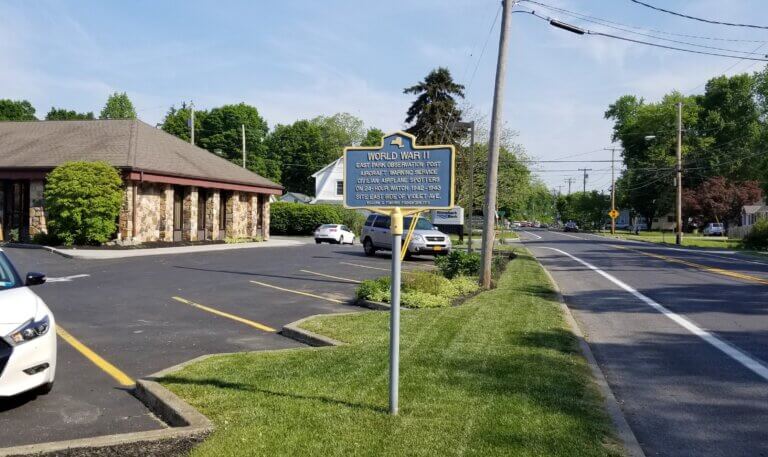