This house, built in 1894, was the home of Captain James Wright. Captain Wright was a coastwise trader, Civil War veteran, and constable for the Town of Huntington, New York. As of 2019, the house still stands and is owned by the Whaling Museum & Education Center of Cold Spring Harbor, located next door.

Captain James Wright served in the Navy during the Civil War and went on to become a successful coastwise Captain on many ships, including the Excelsior which sailed out of Cold Spring Harbor. The exterior architectural detail of his home has remained intact, from the stained glass windows down to the captain’s wheel adorning the porch gable.

The Whaling Museum purchased the historic house in 1956, according to museum history files, with the intention of using the structure for future development. A museum education center, which opened for the 1985-86 school year also made use of the Wright House garage. The administrative offices for the museum were housed within the historic house as of 2019.

The William G. Pomeroy Foundation awarded the marker to this museum, to highlight the Captains Row residence of a noteworthy individual who was part of Cold Spring Harbor’s rich maritime history. 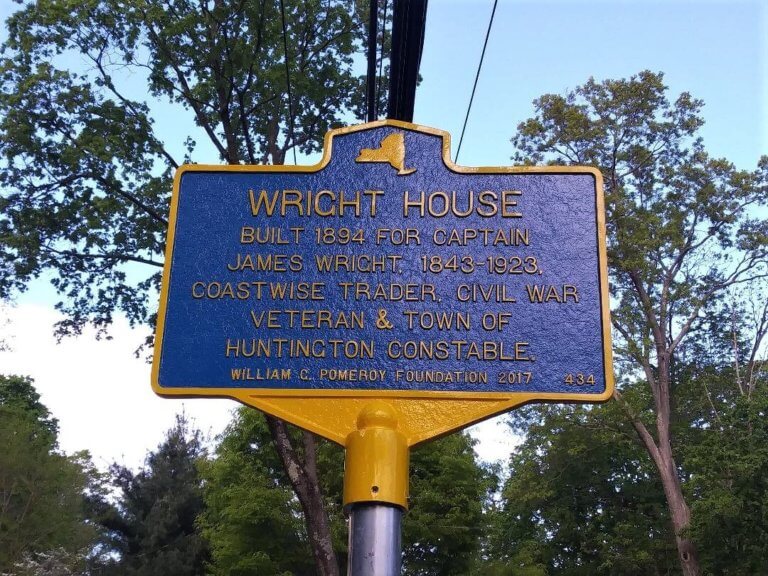