Wyborn Cemetery takes its name from Bevil Wyborn, who owned the land in the 1830s. It is known locally as Salt Springs Cemetery for it location. It is believed there are between nine and nineteen burials on the site, although it is uncertain how many remains are still interred here. Lot 49 was originally owned by Caleb Adams before being sold to Wyborn. The final burial was that of Emily DeMerritt in 1877. According to records at the Onondaga Historical Association, Ahijah Adams, a Revolutionary War veteran, and Stephen and George Manchester, Civil War veterans are interred here. 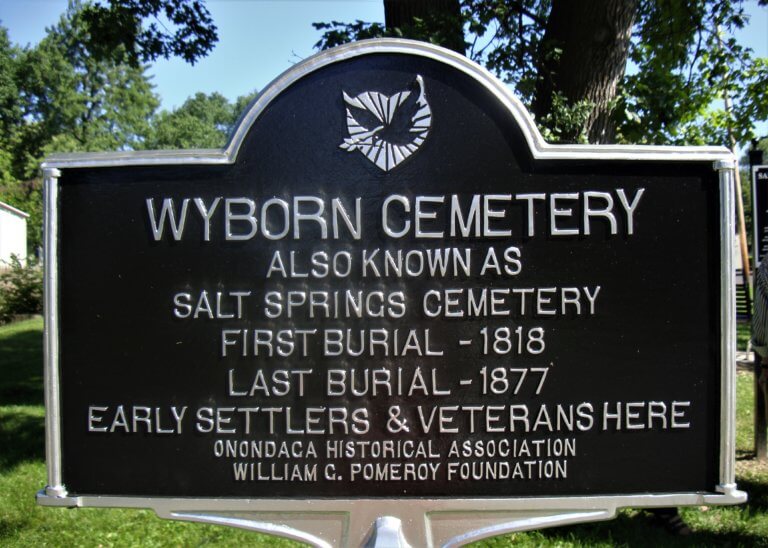