Note that Levi’s last name is spelled a variety of ways (Yanney, Yauney, Yaney, Yauney) throughout primary sources however each source is referring to the same family.

Located at the end of a dead end road in the small Town of Ephratah, NY is the site of the once prosperous Yanney Mill.

In the History of Montgomery and Fulton Counties, NY, written in 1878, author F. W. Beers credited Henry Yauney with having “purchased one hundred acres of land adjoining, and had a portion of it plotted into small lots, thus laying the foundation for the present Town of Ephratah.” This is supported by a 1803 deed revealing that a John Smith sold property to Henry Yanney in Fulton County. Decades later relative Levi Yanney would build his mill on this same land.

Levi built the woolen-mill in 1865 and according to History of Montgomery and Fulton Counties, NY it was a “large stone structure, 40 by 80 feet and 4 stories high, with a dye-house attached.” Beers wrote that “the building was conveniently arranged, the first floor being used as a finishing department, the second for warping and weaving, the third for carding and the fourth for spinning.” With its prime location along the Mohawk River, the mill ran on water power. A The Morning Herald article dating from April 10, 1917 emphasized the array of products the mill produced, “such as horse blankets, mackinaws, heavy working shirts.” The Morning Herald also stated that the mill employed between twenty-five to thirty men and helped the economy of Ephratah to prosper.

By the late 1860s, Levi and his family owned many properties and businesses in Ephratah, including a woolen factory. According to a Stranhan and Nichols 1868 Map of Ephratah, the “Yaney” mill was manufacturing “domestic woolen goods, cloths, cassimeres, flannels, [and] sheetings.” Sales of mill products were not only high among locals but reached all the way to New York City by the 1880s (The Republican, 21 Oct 1886).

Levi passed away in 1905, leaving the business to his wife. The mill permanently closed several years following his death (The Morning Herald).

As of 2019, only a dirt road that follows the Mohawk River leading to the mill site remained. 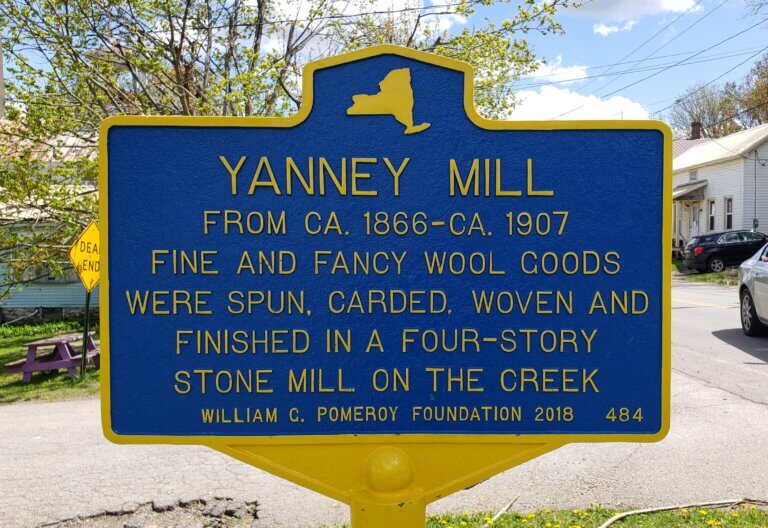 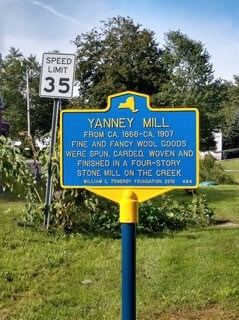 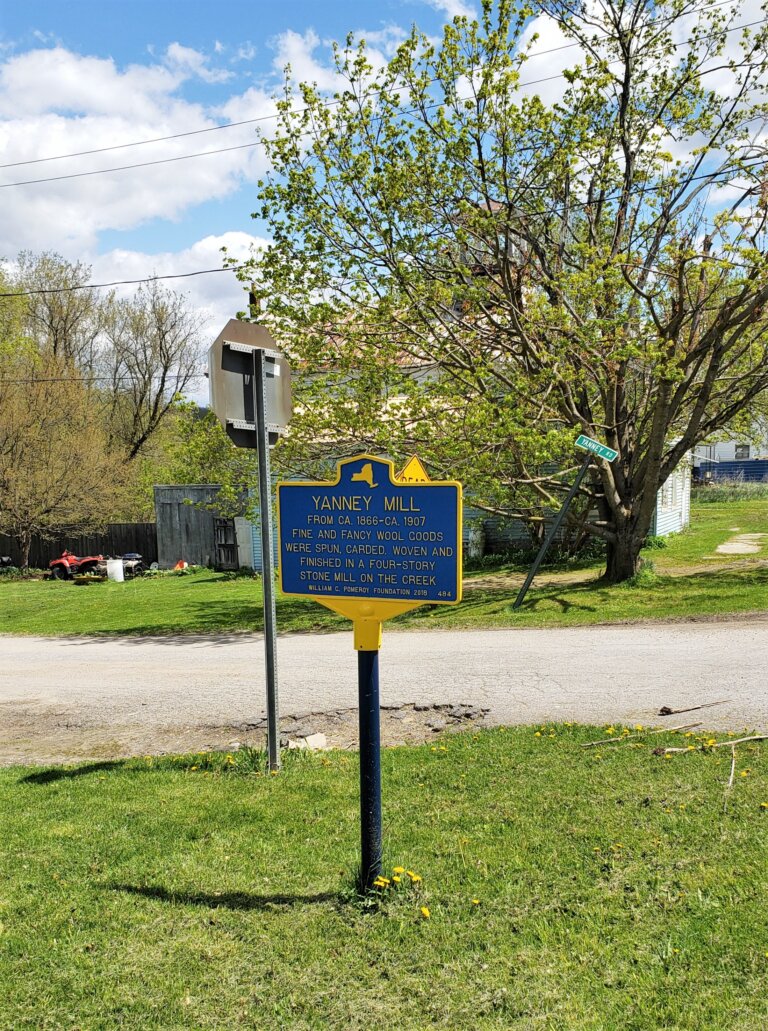