The Cedar Point House was a local inn and restaurant that served iron ore industry workers, railroad employees, travelers, and visiting officials from the early 1880s to around 1964.

Much of the Town of Moriah can attribute its growth to the industrial presence of mining companies, and while Port Henry experienced the same company influences, a report by the National Register of Historic Places states that its “quality of life…was enhanced by its attractive setting, the stately homes of noted industrialists, and a broad commercial base.” As the hamlet grew, its location along Lake Champlain allowed it to become an important shipping center for the iron industry, and after a north-south route was built through the area, Port Henry became connected to New York City, Albany, Plattsburgh, and Montreal. Port Henry soon distinguished itself from the other villages and hamlets that materialized from the influence of the iron industry, and it was not long until it became the home for the town’s wealthy industrialists and middle class.

The majority of the influence asserted upon Port Henry, stated by the Lakes to Locks PassagePort website, comes from the Witherbee and Sherman Iron Ore Company, which formed the Cedar Point Iron Company along the shoreline of Lake Champlain in 1872. The new company provided not only an expansion for Witherbee and Sherman but also an opportunity to incorporate new technology into the mining process, and in 1874, construction of “the first Whitwall firebrick stoves ever erected in this country” were complete. To stay connected with the mines, the furnace had a rail transportation system built that moved the freshly mined ore down to the lake-shore to await processing. The furnace was productive enough that, by the 1930s, the Port Henry shoreline had been extended out into Lake Champlain several hundred feet by dumping the refuse from the smelting process.

Located directly across the street from where the Cedar Point furnace used to stand and along the main north-south thoroughfare was the Cedar Point Inn. A product of the growing hamlet, the Historic Port Henry-Moriah website states that the former inn and restaurant was built in the 1880s on land that was previously owned by an early town supervisor and director of the Cedar Point Iron Company, A. B. Waldo. The inn was also situated across from the Port Henry Railroad Depot, and it made an ideal location for travelers to rest, whether they were coming by road or train. Many of the boarders could also be linked to the growing trade businesses that were expanding, and the inn played host to workers in the area for the iron, shipping, or rail enterprises. Historic Port Henry also noted that the inn enjoyed being the first residence to have electricity after a superintendent for the furnace installed a generator and ran wiring across the street to the house.

When the roadside marker was installed in 2014, the inn had been turned into a private residence that was owned by the last proprietor’s granddaughter. 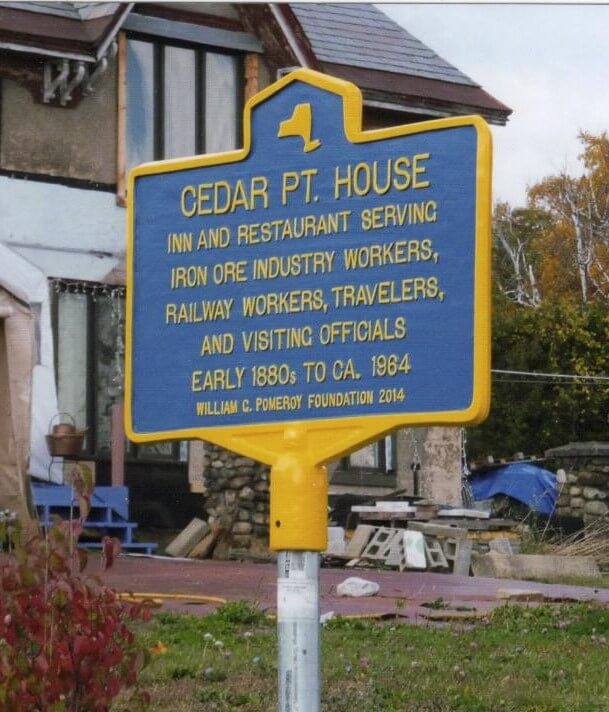 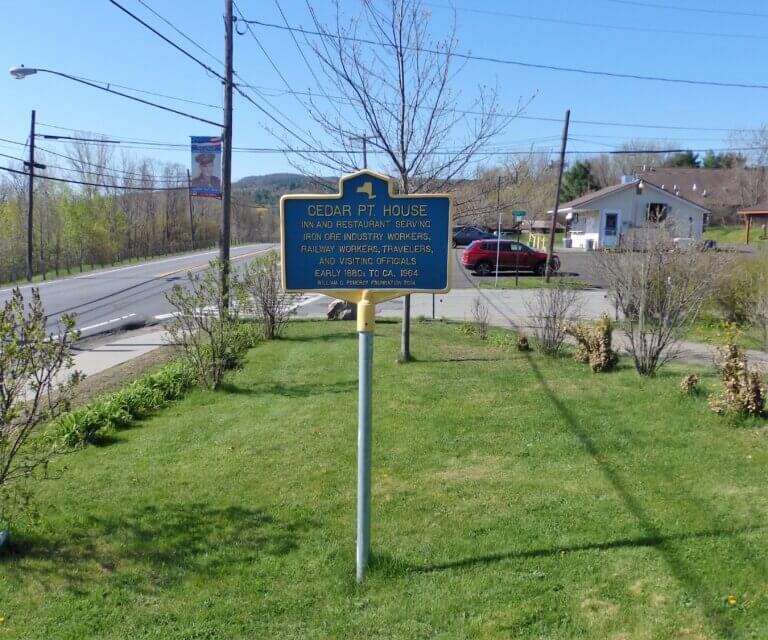