Cherry Hill is the historic home of General Philip Van Rensselaer, who served with the Continental Army during the American Revolution. Built in 1787 for Philip and his family, this home housed five generations of the powerful and influential Van Rensselaer family until 1963. As of 2019, Cherry Hill is open to the public and serves as a museum with a massive collection of artifacts, photos, and documents of the Van Rensselaer Family.

The Van Rensselaer family has been prominent in New York State history for a long time, and according to the Historic Cherry Hill website, began their involvement in Colonial America when Kilian Van Rensselaer, a Dutch merchant, founded “the dynasty to which generations of Cherry Hill occupants belonged.” During the Dutch rule from 1624-1664, patroonships were granted to people they believed could establish and populate settlements, and Kilian founded the “only patroonship to be successfully established during the Dutch period.” That patroonship, known as Rensselaerswyck, characterized the imbalance of power tenants had with their patroon, and the manor actually became the center of the Anti-Rent Wars.

An article from April 16, 2019 published by WAMC Northeast Public Radio titled “Historic Cherry Hill Tells A Story of Preservation” states that while part of the dominant Van Rensselaer family, those that lived at Cherry Hill were not part of the branch of family that owned Rensselaerswyck. Despite this, the Historic Cherry Hill website notes, the residents of the Albany home believed in the idea of “refinement” and conducting their lives with restraint and grace. This type of behavior was typical of the aristocrats of the time, and when families with new money began to gain influence and urban populations began to expand, that behavior only seemed to grow. The new wealth that began in the 1820s with families like the Vanderbilts or Morgans were seen to live in ways that “typified their excess and ostentation,” and the Van Rensselaers “would have considered these new millionaires to be vulgar.” The type of refinement favored by the Van Rensselaers can be seen in the way that they styled Cherry Hill. An article titled “Cupid’s Feathered Arrows” from June 6, 1878 describing the wedding of Harriet Van Rensselaer, the great-granddaughter of General Philip Van Rensselaer, notes that the house was built in the “old Holland” style “with quaint gables, a wide hall running through the centre…and a wide, old-fashioned staircase.”

Cherry Hill was built in 1787 by General Philip Van Rensselaer and held five generations of the family. The property was donated to the Cherry Hill Trust by the last resident of the house and great-great granddaughter of General Philip, Emily Rankin, after her death in 1963. According to the 2019 WAMC article, the house was first opened as a museum a year later in 1964, but was forced to undergo extensive renovations due to the weight of the artifacts being kept in the attic. The structural stabilization began in 2010, and it has since reopened to the public in 2019. During the renovation process, a majority of the 70,000 objects associated with Cherry Hill were removed to its Edward Frisbee Center for Collection & Research, where they could be preserved as “one of the largest such collections in the country” that “gives researchers a 300-year window into American history and life.” A small part of this collection is found on the Historic Cherry Hill website. 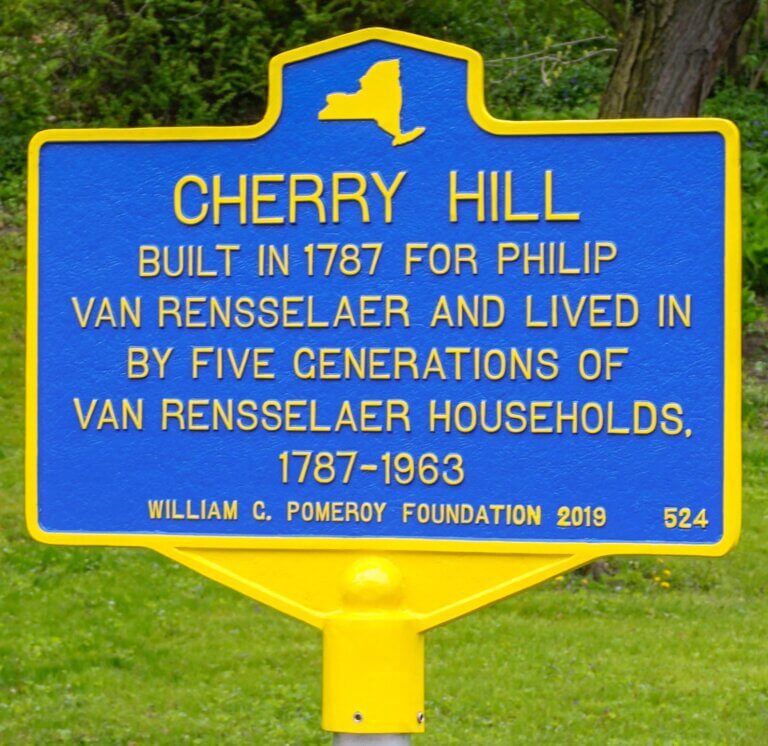 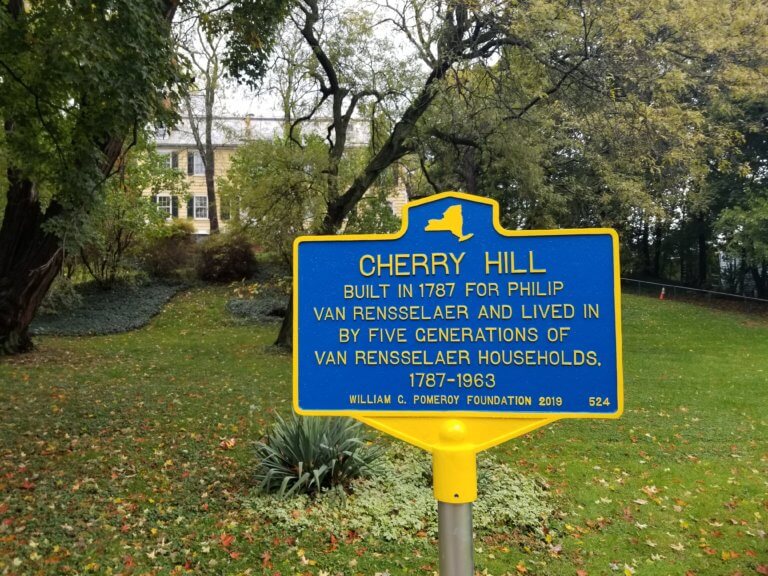