In 1799, early Town of Chatham resident Nehemiah Spencer sold a piece of land that would one day be the site of the home where prominent physician and philanthropist Dr. Mary E. Clark lived from 1845-1937.

The first white settlers on the land were called “squatters from the east” by the History of Columbia, New York (1878), and when they first arrived, around 1750, they had to obtain a land grant from the Massachusetts government. The grant was said to have contained six square miles of land along the Green River, and it ended up being divided in to two sections in 1757. From there, these early homesteaders, now turned proprietors, drew lots for which pieces of land they would get, with each of the new landowners getting 100 acres from both divisions. Any land left unclaimed after the lots were drawn was to be divided up equally between the men, and after the boundaries were established, the new residents decided to build two highways moving north-south and east-west and effectively formed “Spencers’ Town.”

Nehemiah Spencer was one of the first homesteaders to receive land from the grant, but his claim was soon caught up in a border dispute between New York and Massachusetts. A Short History of Austerlitz by Tom Moreland states that while the land had originally been bought by 75 individuals, the area was under contention in regards to who owned the rights. At one point, New York claimed all the land west of the Connecticut River and Massachusetts claimed land all the way to the Hudson, and it was not until 1773 that the two colonies settled on a border that would divide the land north-south 20 miles east of the Hudson River. Ending the border dispute left those first residents without any claims to the land, however, because their original deed was voided by the new agreement. A petition led by Colonel David Pratt forced legislation that gave land rights “to the respective possessor or possessors,” effectively ending the land dispute for settlers who owned land now in New York.

Not long after the land dispute was settled, Nehemiah Spencer decided to sell a piece of the land that had just recently legally been declared his. That piece of land eventually came into the hands of the Clark family, who built a home that Dr. Mary E. Clark would live from her birth in 1845 to her death in 1937, just shy of 92 years old. Dr. Clark’s obituary—published January 14, 1937 in the Chatham Courier—states that she began her education in the district schools as any other young child from the area would, before moving on to the Spencertown Academy. After completing her early education, Dr. Clark went on to get a medical license from the New York Women’s Homeopathic Medical College and had job prospects outside of her home area, but due to “family demands,” Dr. Clark returned to her childhood home and eventually established her own practice in Chatham. Involvement with the community through the Spencertown Methodist Church was important to Dr. Clark, and she took a “deep interest in the young people,” dedicating many years teaching Sunday Bible Class. Dr. Mary Clark was a highly regarded presence in the community, and it was stated that “everyone who came in contact with her soon grew to love and respect ‘Doctor Mary.’” When she passed away, a memorial was held at the house where she had spent her life living and gathering with friends. 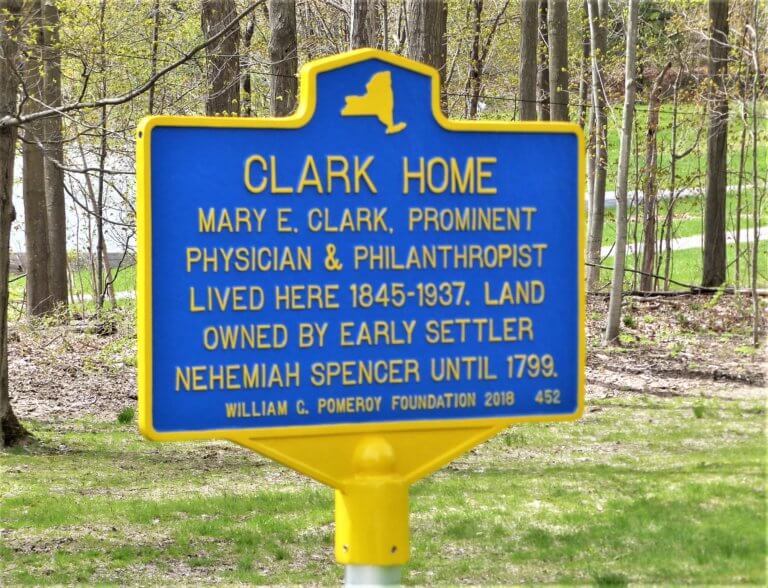 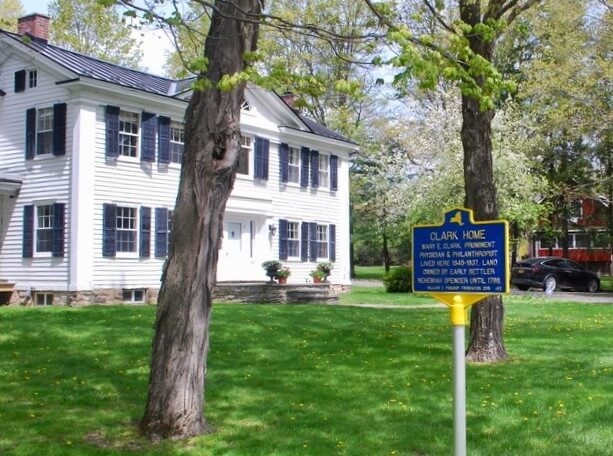 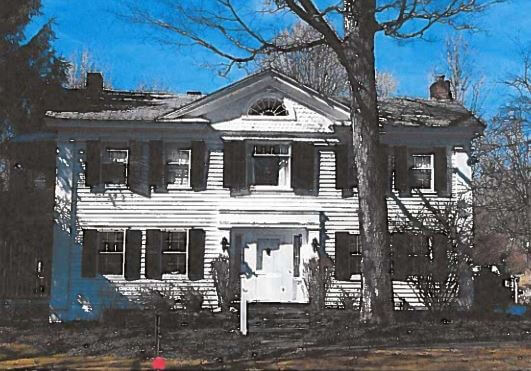