The East Gate Tollhouse is located at this site. This tollhouse collected revenue from travelers for the Columbia Turnpike Company, which remained in operation from 1799-1907. The Columbia Turnpike linked Columbia County’s farming and industry to Hudson River Ports.

The Columbia Turnpike was established as a way to quickly and efficiently move goods from Columbia and Berkshire Counties of New York to the city of Hudson. From Hudson they could be shipped down to New York City, which the Friends of East Gate state on their website had been growing rapidly since the Revolutionary War. Before the turnpike, the roads farmers traveled to make it to Hudson were “scarcely more than a rutted path,” and depending on the weather, they could be muddy or covered in snow. These older roads were also said to have stumps left over from when they were cleared and allowed just enough room for a wagon to pass over. If the road was muddy, however, the wagon would have been in danger of sinking and getting caught on a stump. The Friends website stated that this would leave the “driver to ponder what to do next, because he was ‘stumped.’”

In order to establish the new turnpike, the Laws of New York state that a corporation had to be founded that could construct an improved road from Hudson to the Massachusetts border. The new act passed also noted that the corporation had the ability to acquire and buy any land they deemed suitable for the road, and once the road was mapped, they were entrusted with the job of “erecting and establishing gates, toll houses and all other works” that would accompany a road. To combat the issue of muddy roads that caused wagons to sink and get stuck, the new turnpike was going to be made out of compact pounded stone or gravel, which would provide a solid foundation and help create an even surface. Also stipulated in the Laws of New York was that the toll gate was to be in effect from sunrise to 9 o’clock at night, after which time travelers could pass freely and without pay. Should a traveler try to evade the toll when it was in effect, they could be sued for $10, and if it was reported that a toll operator tried to “unreasonably delay or hinder any passenger or traveler,” they could be fined for up to $2.

The Columbia Turnpike was closed in 1907, and the tollhouse then became a private residence. On their website, the Friends state that it was eventually bought in 1970 by Eldena Jenssen, who wanted to help preserve its history. Through a donation, the Friends were able to purchase the house from the Jenssen family, and in 2016, they stated it was their goal to restore the building. The website states that they want to eventually develop the old tollhouse into a historic center and exhibit space, which would tell the “story of how toll roads…played a role in building a vital and robust early American economy.”

As of 2019, the Friends of East Gate have completed the first phase of purchasing the building and stabilizing the structure. Next the Friends are hoping to move the building to a new foundation further back from the road, reconstruct the toll gate, and restore the exterior and interior of the building. The building remains as of one of two tollhouses still standing in 2019 from the Columbia Turnpike, with the other being West Gate in Greenport. 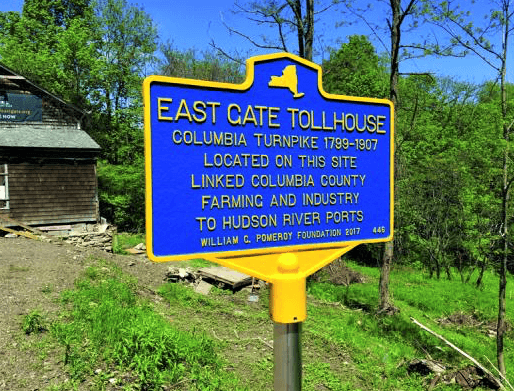 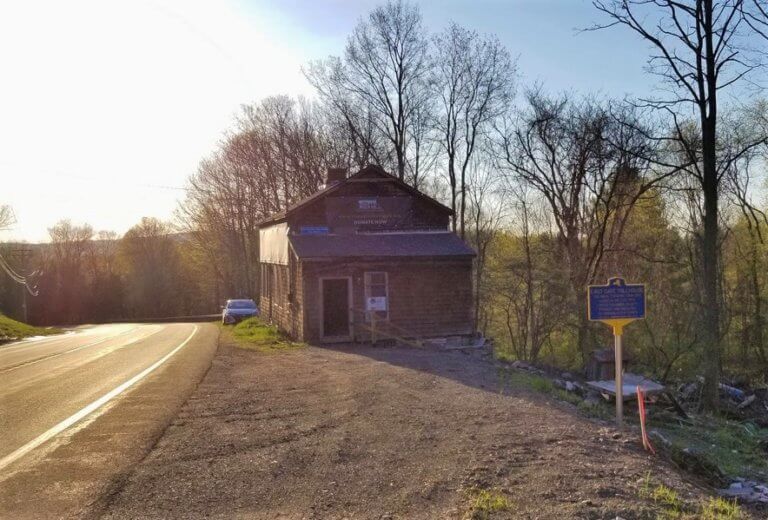