Built during what the History of Columbia County, New York (1878) called the “era of turnpike-roads,” the Columbia Turnpike was meant to link New York farmers near the Massachusetts border with the Hudson River. The History goes on to state that the Dutch settlers in the area were originally against the construction of such a road, because they believed that if their grandfathers didn’t need one, then they wouldn’t either. It is thought, however, that New Englanders were able to assert their influence, and since there were settlers from out east in the town of Hudson, and New England was just past the Taghkanic Hills, “a turnpike-road between these two points was inevitable.” The turnpike was chartered in 1799 and stretched through six towns, covering 20 miles, and it is stated that the first toll was taken in November of 1800.

Acts and amendments listed in the Laws of New York state the legal parameters of the turnpike, including things such as how it was built, what the tolls would be for each traveler, and how the toll was to be enforced. The road was listed as beginning “near the dwelling house of Ezekiel Gilbert” in Hudson, and that to build the road from there, the corporation was allowed to “enter into any land” and commence construction. Land could be bought from the owner, and if there were any disagreements about damage done to the surrounding property during construction, three commissioners were to be brought in to assess the complaint. The express goal of the corporation was supposed to have been “erecting and establishing gates, toll houses and all other works” that would normally accompany a road. The road was designed to be 50 feet wide and composed of a substance such as stone or gravel that was well compacted in order to provide a firm and solid foundation.

Alongside the road was a tollhouse built specifically for the person who managed the gate. The Columbia Turnpike West Tollhouse: Comprehensive Planning Report (May, 2013) states that the house used to be accompanied by a wooden gate that “straddled the road” and a second wooden structure that “connected the gate to the house.” Though the other two structures no longer remain, the site has still been called the “best remaining example of a turnpike tollhouse in the county,” with the house surviving so long due to the fact that it’s made of stone from Becraft Mountain. It was the duty of the toll keeper to manage the gate, which the Laws of New York state had to be left open from 9 o’clock at night to sunrise. After sunrise, the tolls could be enforced, and they included eight cents per stage coach or wagon, ten cents for any four wheel recreational carriage, and nine cents for a score of cattle. Should anybody try to evade the toll and go around, they could have been sued for $10, and conversely, if a toll worker tried to “unreasonably delay or hinder any passenger or traveler,” they could be fined up to $2.

As of 2019, the West Gate Tollhouse is one of two tollhouses still standing from the Columbia Turnpike. The other tollhouse is known as East Gate and is located near the Massachusetts border. A third tollhouse along the turnpike, referred to as Middle Gate, no longer remains. 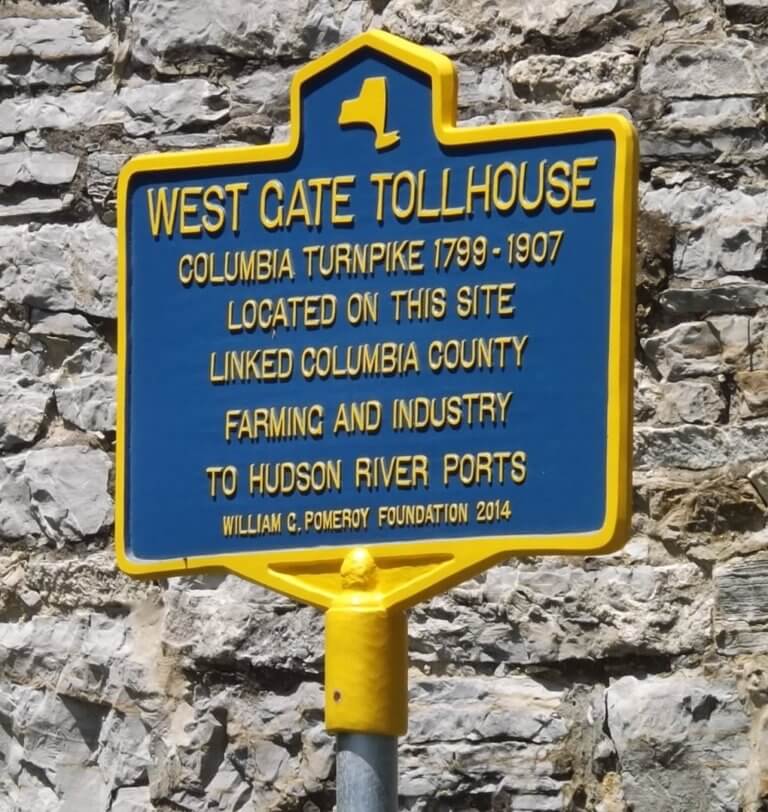 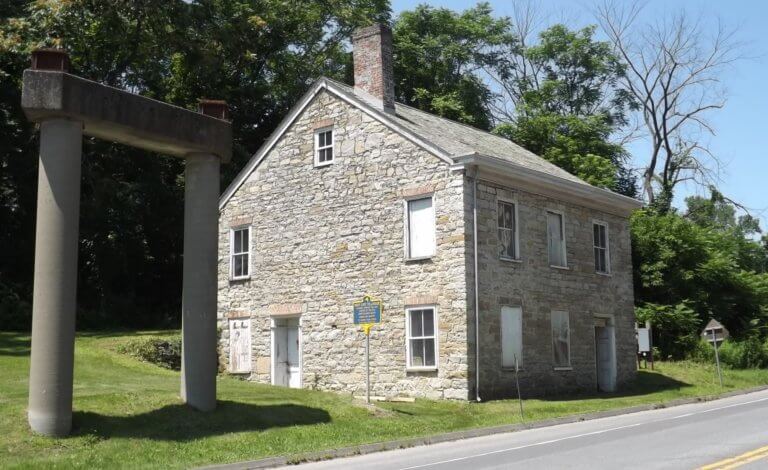