Fort Williams once stood at this site in the present-day City of Rome, NY. Built by the British in 1755 during the midst of the French and Indian War, this garrison was intended to guard the strategic river portage of Upper Mohawk River Landing. Named after Captain William Williams, the fort was only intended to be a temporary fortification that was to be destroyed when a neighboring fort was completed. On August 31, 1756 the fort was destroyed by retreating British Forces.

Fort Williams was one of the many forts located at the Oneida Carrying, a trade route which connected the Atlantic coast with the interior of the continent.  According to an article from the National Park Service website, the British originally built two forts at the Oneida Carry in 1755: Fort Williams and Fort Bull, in order to “safeguard the supply lines to their posts at Oswego.” Fort Williams was built at the Mohawk River end while Fort Bull was positioned at the Wood Creek end. Construction of the fort was discussed in a letter in the collection of The Correspondence of the William Shirley, vol. II published in 1912. The letter, written October 29, 1755, was addressed to Captain William Williams from Governor Shirley of the Massachusetts Bay. Shirley commanded Williams to finish construction Fort Williams along with a barrack that could house 150 men. The final fort resembled a pinwheel shape that housed a log stockade, two blockhouses and one storehouse (New York State Military Museum and Veterans Research Center website, 2006).

Both forts were attacked in March 1756 by a group of French, Canadian and Indian forces. This skirmish destroyed Fort Bull and greatly damaged Fort Williams. New fortifications were needed to secure British territory (“The Oneida Carry and Its Early Fortifications: 1755-1757”). Construction began that summer in June of 1756. According to a circa 1756-1758 map of The Plan of Forts at Oneida or Great Carrying Place, housed at the British Library Collection, Fort Williams, was supposed, “to be pulled down when the Pentagon should be finished; being too small to contain the Stores, or a Garrison sufficient to defend,” however it was not taken down until later. The Pentagon, aka Fort Craven, was built to replace Fort Williams.

Near the end of August in 1756, British posts in Oswego were invaded and occupied by the French. According to “The Oneida Carry and Its Early Fortifications: 1755-1757,” on August 31, 1756, “fearing a French invasion, the British commander in the area, General Webb, panicked and ordered all the forts and works on the Oneida Carry to be destroyed.” Rather than letting these forts fall into enemy hands, Webb set them ablaze, reducing Fort Williams to a pile of ash. 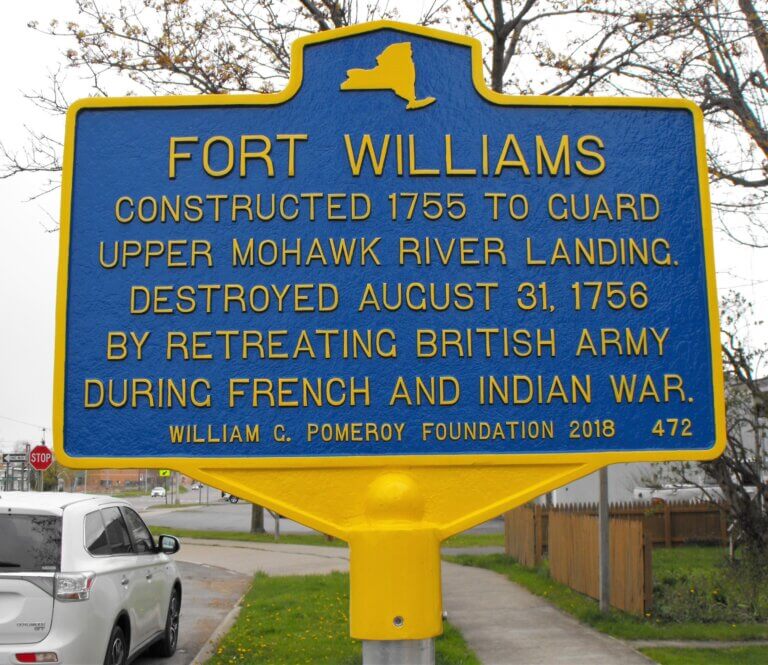 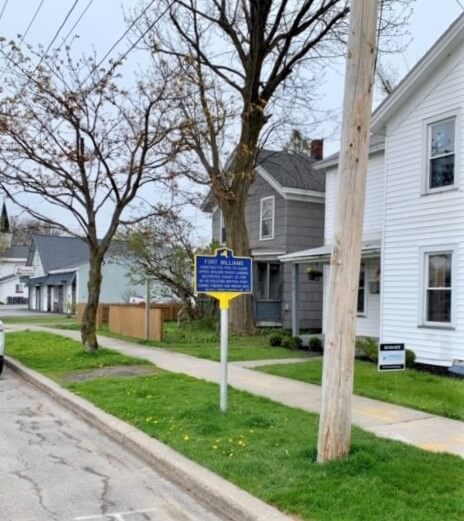