FindaGrave.com mentions Wisner served the Continental Congress from 1774 to 1777. The dates of his State Senate term for the Middle District were 1777 to 1782.

Also noted here is the detail of his having voted for Independence, but being called away before the historical document’s official signing. In a letter from Founders Online, dated January 1814 to John Adams on the subject, Senator Thomas McKean admitted, “the names of Henry Wisner of New York and Thomas McKean of Delaware, are not printed as subscribers, tho’ [sic] both were present in Congress on the 4th of July & voted for Independence.”

Ruttenber’s History of Orange County, NY (1881) lists Henry Wisner, Sr. among the names of settlers prior to the Revolution. The family was of German origin, very early in the country, and came from New Jersey into Orange County. “Championing the Revolutionary cause” in Congress in 1776, Wisner, Sr. was also remembered as the first congressman to represent the County in the history. It is also noted in a section on the early settlement of Wallkill that Wisner and Mr. Phillips had a contract with the government of the colony for the manufacture of gunpowder. On one occasion, Mr. Wisner, in his correspondence with Congress, said that he had “3000 pounds ready, and remarked that they must excuse his writing, as he had but two half-sheets of paper, and when they were gone he did not know where he could get another, and therefore could not afford to transcribe the letter.”

A prominent citizen buried in Wallkill Valley Cemetery, the inscription on his headstone reads: 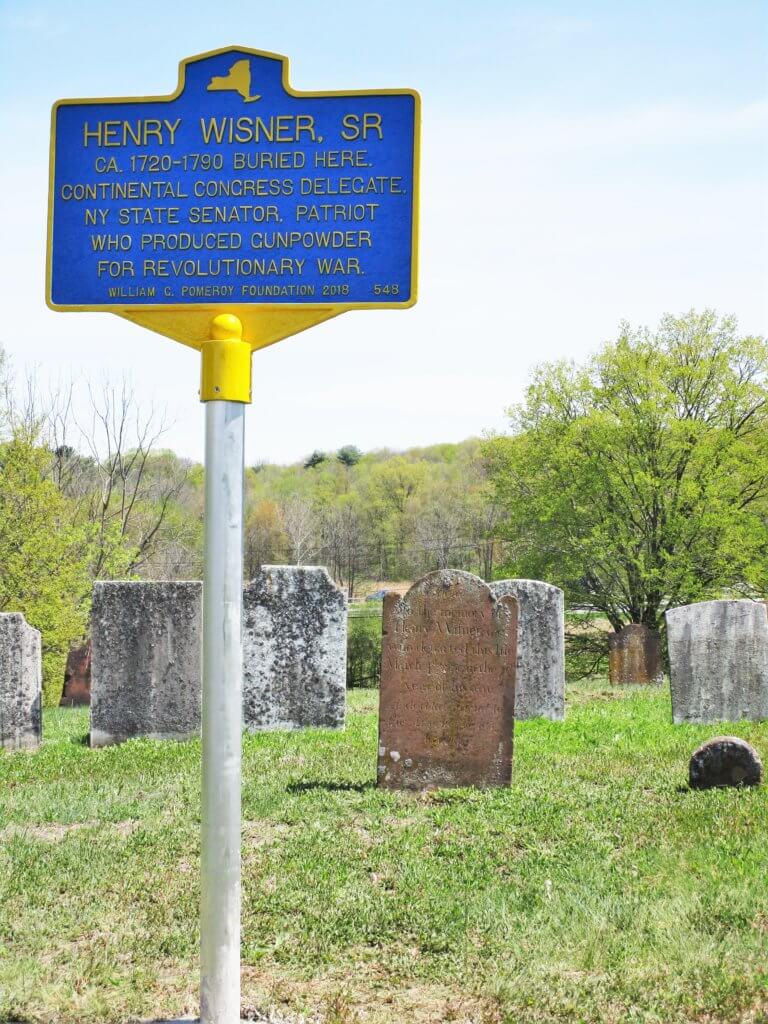