The Champlain Canal was constructed at the same time as the larger and more famous Erie Canal. It connects the Hudson River with Lake Champlain and its main section was officially opened on September 10, 1823. Expansions and upgrades continued to be made for the next several decades however. (Whitford, 1906) According to Nathaniel Sylvester, writing in 1878, the village of Schuylerville and its environs grew rapidly and prospered after the construction of the canal, and a considerable volume of trade passed through it. (Sylvester, 1878)

Boats and barges navigating canals required mules to pull them from towpaths on either side of the waterway. For low sided boats passing through the smaller canals, it was not possible to stable the mules on the boats themselves, making “day barns” located at regular intervals necessary. These stops would also often have groceries or supply depots. There were at least two such stores along the Champlain Canal near Schuylerville, the Hemlock grocery and the Willow grocery. (Dr. Robert E. Hager Collection, 1963) A barn servicing the canal at the Hemlocks had been used for over 30 years when it was sold in 1915. (Saratogian, 1915)

The hamlet of Hemlocks was the location of a notorious murder in 1890. Local octogenarian Thomas Churchill and his wife had lived at a house in the Hemlocks since 1866. (Thomas Churchill, Deed, 1866) Lawrence Costello, owner of the Hemlock grocery, testified that two clearly drunk men travelling from the south accosted his shop and threatened him for a drink before proceeding northwards towards Schuylerville. That same night, around three in the morning, two drunk men, later identified as Patrick Hughes and Michael Henehan, began kicking down the door of the Churchill home. They threatened them and fired off shots before shooting Thomas Churchill dead. According to neighbors including Lawrence Costello, they often heard loud sounds and ruckus from the Churchill house during the nights and so they took little notice. (Schuylerville Standard, 1890) The two men responsible were well known in the community which, combined with their accusations against the moral character of Churchill’s widow, resulted in a relatively lenient verdict of second-degree manslaughter. (Schuylerville Standard, 1891) 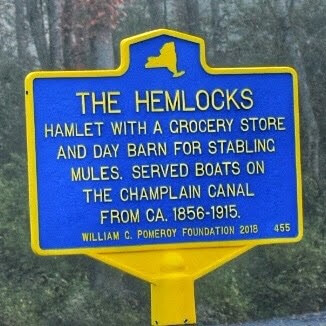 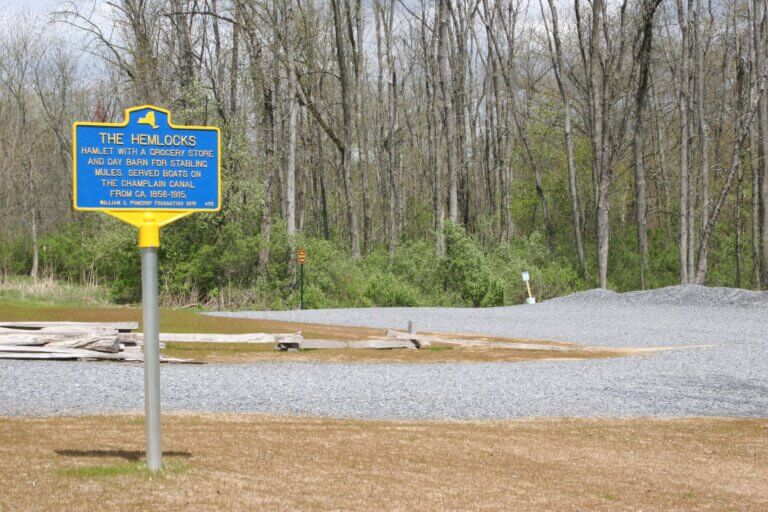