Freeport was originally a fishing and farming community with its main tributaries being the Freeport River and Milburn Creek. John J. Randall and William G. Miller, businessmen with interests in real estate and construction, arrived in the 1880s and quickly bought up farmlands and marshes to develop the area for summer homes. Randall planned to dredge out a number of canals, including Woodcleft Canal. The initial digging of the canal was ca. 1897; it was later widened and straightened.

Woodcleft itself was identified in a 1914 Map attributed to E. Belcher Hyde as part of an unincorporated section of Freeport. The Freeport History Encyclopedia adds that it referred to a section of Freeport that was developed by John J. Randall.  It extended from Merrick Road on the north to Woodcleft Canal on the south.  In 1890, the section was opened up for building purposes. This property was originally comprised of the farms of S. S. Carman, Elisha Raynor, Elbert Cox, D. W. Pine, and John Holloway, and was combined with the adjoining lands known as the Whaley and Southard sections.  It was said that the streets in this section were laid out five feet wider than other streets in Freeport. By 1900, Randall had constructed 50 houses in this section. The May 2, 1902 edition of Nassau County Review advertised “Woodcleft Building Sites… Good Boating, Bathing, Fishing” and “Five Feet of Water at Low Tide.”

The Woodcleft Canal and the properties of J.J. Randall, both houses and land along the canal, appear prominently on the E. Belcher-Hyde Map Nassau County 1906 Long Island, but the canal is depicted as separate from Freeport River. By the time of the 1914 Map referenced above, Woodcleft Canal is replaced by Woodcleft Bay, indicating that further dredging and development must have occurred in that intervening time. Summer timetables in the Nassau County Review show evidence of steamers in the Woodcleft Canal as early as 1907. In an online Coasts and Waterways signage document, New State Department of State Division of Coastal Resources refers to the 19th century canal dredged by Randall and Miller as “the largest working waterfront on the south shore of Long Island.”

The Woodcleft Inn description relates Mayor Van Wyck’s rescue of three young woman from the canal in 1899. Another colorful incident was the $25 reward offered in the South Side Messenger for information about the July 13 or 14, 1910 break-in to the yacht at the dock at C.R. Lusin’s property on the Woodcleft Canal. 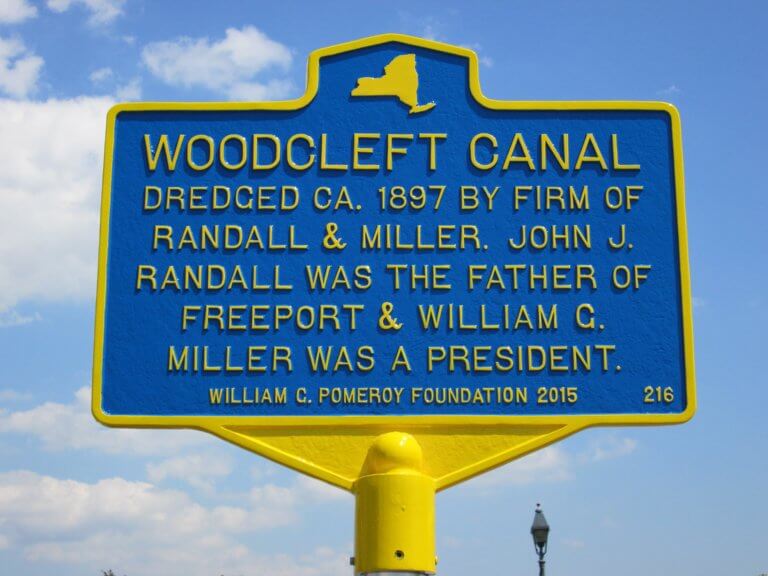 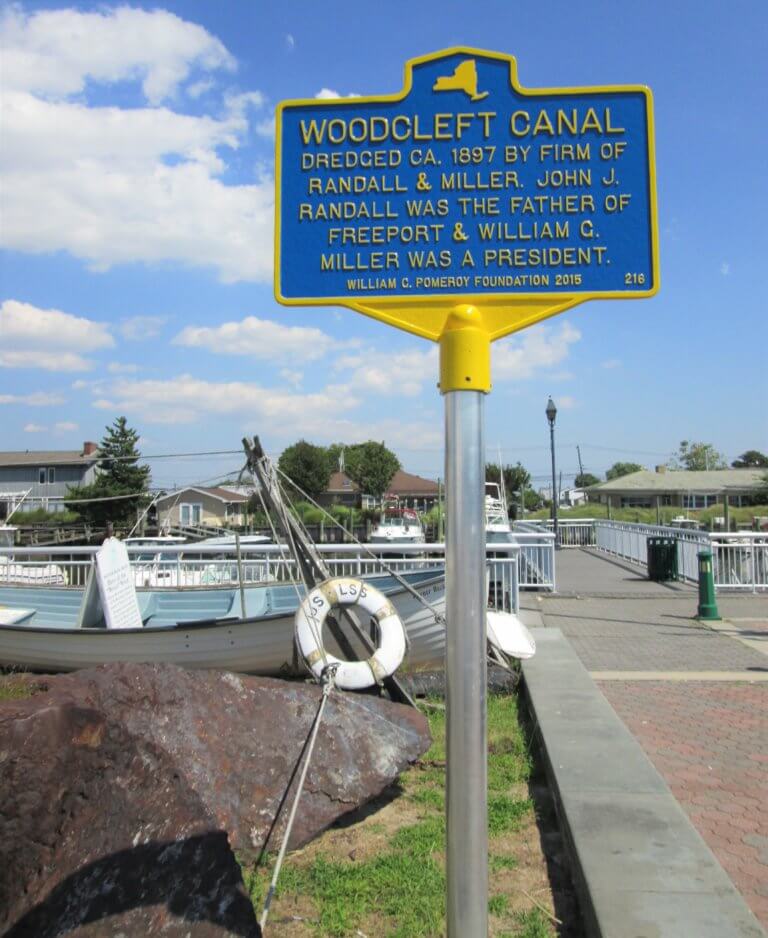