The Cairo Fairgrounds allowed Greene County residents engaged in agriculture to show off the fruits of their labor and hard work. This same site, located between routes 23 and 145, was also used for entertainment, which included horse races and, for a brief period, stock car racing.

The former Greene County Agricultural Society stated (Premium Book of the Rip Van Winkle Fair, 1934) that the Greene County Fair had been held annually in the Town of Cairo since 1819, but had been held at another site before 1870. A map dating from 1867 also marked a race course at the future location of the fairgrounds, indicating that racing activities were likely already happening at the site before the county fair moved there. Dear Old Greene County, a 1915 compilation of local history, claims Daniel Sayre, a prominent area resident in the early 19th century, was one of the first to exhibit premium grade cattle at the fair.

The Cairo Fairgrounds began hosting the Greene County Fair in 1870 when, according to the Windham Journal in 1870, the Greene County Agricultural Society first leased the grounds for a ten year period from a Mr. Seymour Adams for two hundred dollars a year. The society, a non-profit organization which was in charge of the fair from at least 1870-1936, was given exclusive control of the grounds during the time of the fair. This lease was renewed for another ten year period beginning in 1880, (Catskill Recorder, 1879) after which the society purchased the grounds from Seymour Adams for two thousand dollars, giving the fair a permanent home for the next few decades. (Columbia Republican, 1889)

According to a pamphlet published by the Greene County Agricultural Society for the county fair of 1934, the event was renamed the “Rip Van Winkle Fair”. In addition to racing and agricultural activities, events at the fair in 1936 included 4-H club exhibits with cash prizes as well as a horseshoe pitching contest in which the winner advanced to the state fair competition. (News-Herald, 1936)

The Stamford Mirror-Recorder reported in 1936 that the fairgrounds were sold in a foreclosure proceeding. It changed hands once again in 1961 when a group of horse riders from different parts of New York bought a 17-acre tract including the former grandstand and half-mile track from the Greene County Riding and Driving Club for a sum of $16,000. At this point, the grounds reportedly had not hosted a county fair for nearly 20 years, though some local horse owners still stabled and trained horses at the site. William Lake, the president of the Riding and Driving Club at the time, indicated the organization’s intention to dissolve after the sale, as well as spoke of the new owners’ intentions to build new stables. (Kingston Daily Freeman, 1961)

In 1974, the fairgrounds underwent a total transformation into a speedway for stock car racing. A new half mile clay race track opened on August 18, 1974, with a 35-lap feature event for modifieds, which was the standard distance of the time. Completely new concessions stand, buildings, and concrete walls for the track were constructed. The operation included some big names in car racing of the era, including Ken Shoemaker, a racer for 25 years, and Tex Enright, who was often billed as the “Fabulous Indian Starter” and who was recovering from a nearly fatal accident at the time. The promoters and Ken Shoemaker, who was brought on as the track manager, intended for the speedway to be managed “by a racer and for racers”. The site hosted car races for six weeks that year. (Albany Times Union, 1974)

According to Hudson Valley historian Sylvia Hasenkopf, no one knows for sure what caused the Cairo Fairgrounds Speedway to abruptly close down shortly after its grand reopening in 1974. It is possible that the answer lies in the archived town records. (Greenville Pioneer, 2017) 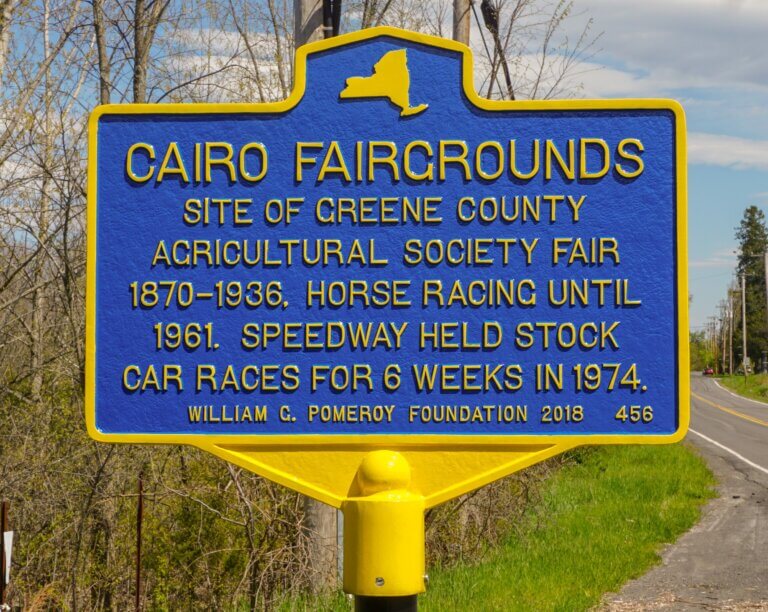 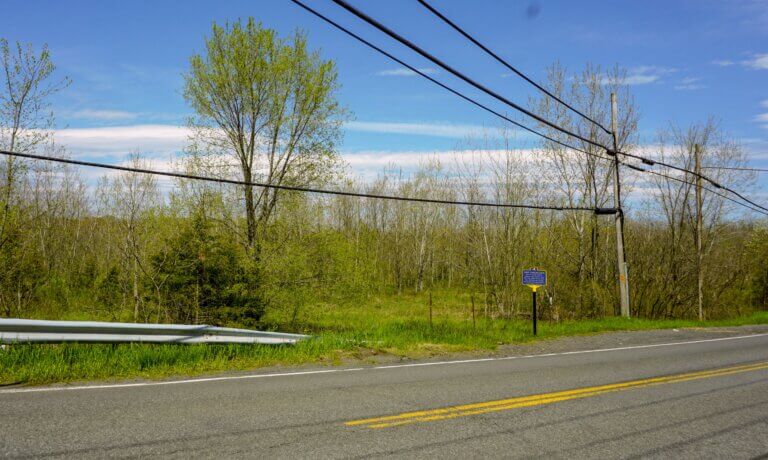