The town of Cairo was established by an act of the New York legislature on March 26, 1803 and was originally named Canton. It was formed from portions of the neighboring towns of Catskill, Coxsackie, and Freehold. (Laws of the State… 1803) A subsequent act in 1808 changed the name of the town from Canton to Cairo. (Laws of the State… 1808) J.B. Beers’ History of Greene County, published in 1884, claims that the name of Cairo was suggested by a prominent citizen named Asabel Stanley, and was inspired by the famous and ancient city of Cairo in Egypt.

The town is located at the eastern foothills of the Catskill Mountains and most of its land was part of a series of land patents granted before the American Revolution, particularly the Salisbury, Van Bergen, and James Barker Patents. (J.B. Beers, 1884) Dear Old Greene County, published in 1915, reports from census data that the population of Cairo between 1810 and 1910 remained quite stable. In 1810 the population was 2,035 people and the population rose to a peak of 2,912 in 1830, and then gradually declined to 1,841 persons in the year 1910. (Dear Old Greene County, 1915, pg. 60) J.B. Beers noted in 1884 that the population, at least at that time, increased during the summer season.

The first town supervisor was Daniel Sayre, who was a prominent figure in the town’s early history. Sayre founded a church at the village of Acra and served as a Justice of the Peace for over 20 years. Another early settler of note was the father of prominent journalist Thurlow Weed who settled in Cairo and reportedly built his home near the race grounds which later became the site of the Cairo Fairgrounds. (J.B. Beers, 1884) 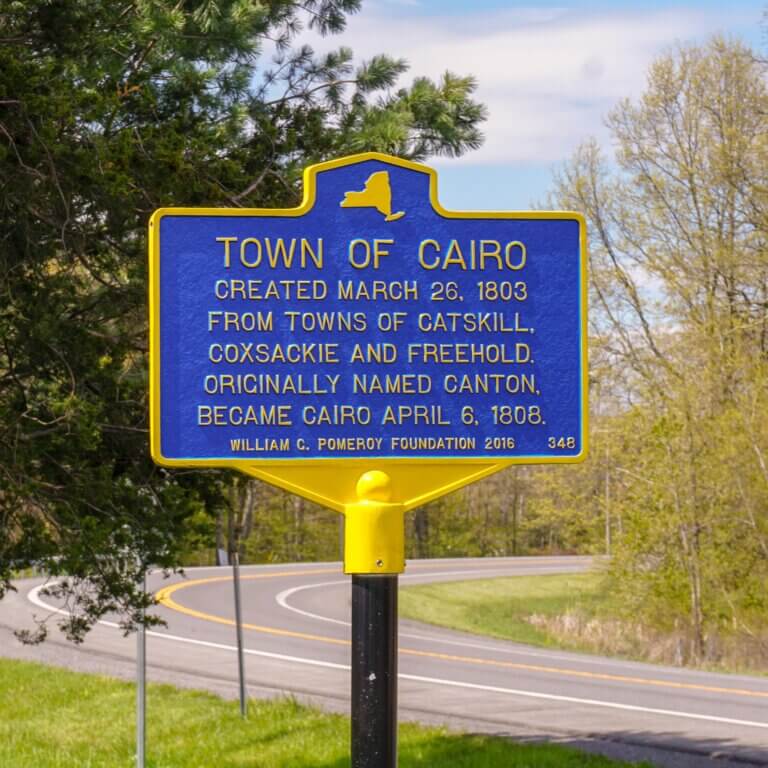 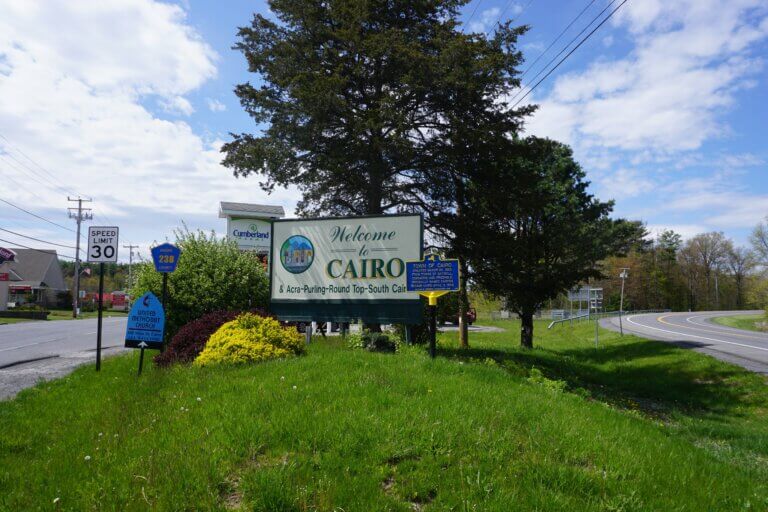