Martha Bortle, principal of the Clinton Liberal Institute organized a Women’s Literary Society which eventually became known as the Women’s Library Association. It was their wish to establish a public library for the Village of Fort Plain. Donations of books were accepted and a home was found for the library on Mohawk Street in the village. The location of the library changed over the years until it found a permanent residence at its current home on the corner of River and Willett streets. In 1894, the executive committee of the library applied to the Regents of the State of New York, which subsequently granted the library its charter the same year.

According to 1899 newspaper records at the Fort Plain Free Library, during the 1880s Martha A. Bortle helped organize a women’s literary society called the Women’s Library Association. Bortle was a teacher of Rhetoric and Composition who also served as principal at Clinton Liberal Institute, per her listing in the school’s 1884 Catalogue of Officers and Students. At its inception, the Women’s Library Association functioned like a book swap. Held at one member’s home, fellow members would bring over their own books and loan them out to other members. Eventually the group felt the need to hire a librarian and find a storage location for the growing number of books. The position of first librarian was filled by Maria Langdon and her house served as the library until a permanent location could be established. The Fort Plain Free Library Annual Report of 1894 notes that between the years 1885 to 1894 the association was operated by a solely female Board of Trustees. One trustee was Anna Beach Greene, the mother of prominent local historian and illustrator, Nelson Greene. Anna served as the President of the Board for nearly 40 years.

In June of 1894, the Fort Plain Free Library was granted an original charter by the New York State Board of Regents (The New York Times, 6 Jun 1894). In subsequent years, the Fort Plain Free Library Annual Report of 1903 recorded multiple locations changes and the continued problem in finding a permanent location. In 1909, the Williams family “presented the landmark residence of the Tanner family to the association” (Fort Plain Free Library website, 2017). The house was built in 1836 and is centrally located in the village and is very recognizable by its Greek-revival style white columns on the front porch. As of 2019 the building continued to serve the residents of Fort Plain as a library. 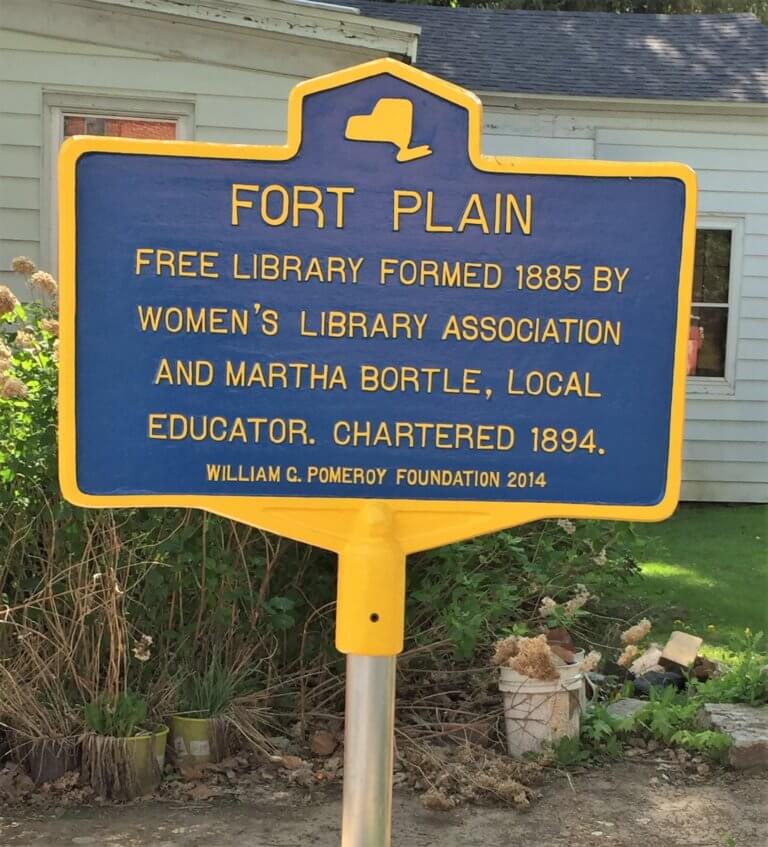 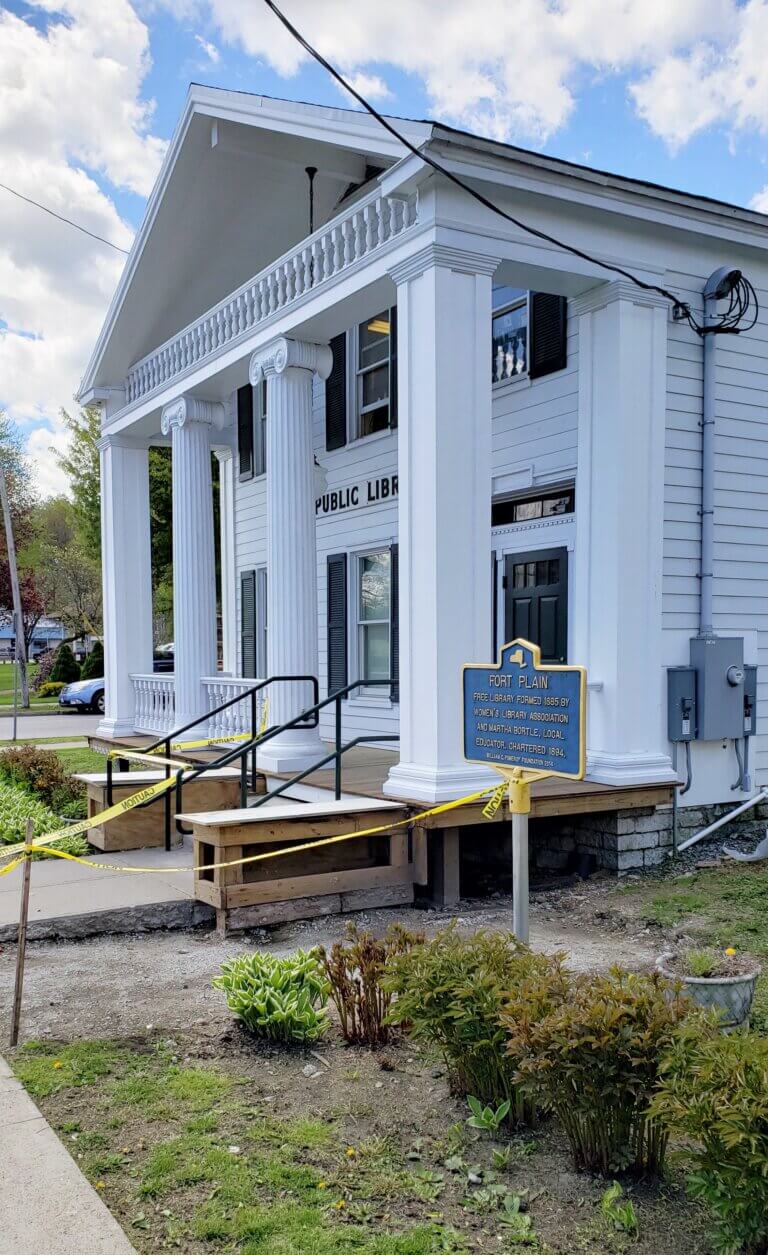